In honour of his outstanding commitment and contribution to the Auction and Valuation industry, long-time AVAA member and current board member Phillip Thomas has been appointed an AVAA Life Member. According to the AVAA Constitution a Life Member may be any person who in the opinion of the Board has represented The AVAA (supporting its principal objects) with distinction. 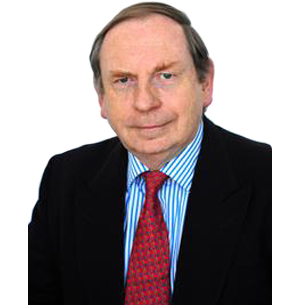 Phillip has been a member of the AVAA for 45 years, after joining in 1975.  Phillip is a Certified Practicing Auctioneer & Valuer.

Phillip began his career in London, as a Trainee Auctioneer with Sotheby’s Belgravia. He then gained further experience, including as a valuer at FR Strange Auctioneers based in Sydney before returning to London to work as a Auctioneer and Valuer at Phillips.

Upon returning to Sydney Phillips worked at Lawson’s Auctioneer & Valuers, working as Head of Fine and Decorative Arts and eventually General Manager.

In 2005 Phillip became owner and Managing Director of Raffan, Kelaher & Thomas, where he has continued to contribute to the industry through his knowledge, standards and expertise.

Phillip has been a member of the AVAA Board for the past 14 years after being elected in 2006. This year (2020) Phillip retired as Treasurer following completion of the maximum tenure in an office bearing position.

As a member of both the industry and the AVAA board Phillip has shown the highest standard of integrity, upholding the AVAA code of ethics and been a mentor and support to fellow members.

The AVAA Board would like to congratulate Phillip on his appointment as an AVAA Life member and thank him for his contribution to the Auctioneering and Valuation industry for the past 46 years.